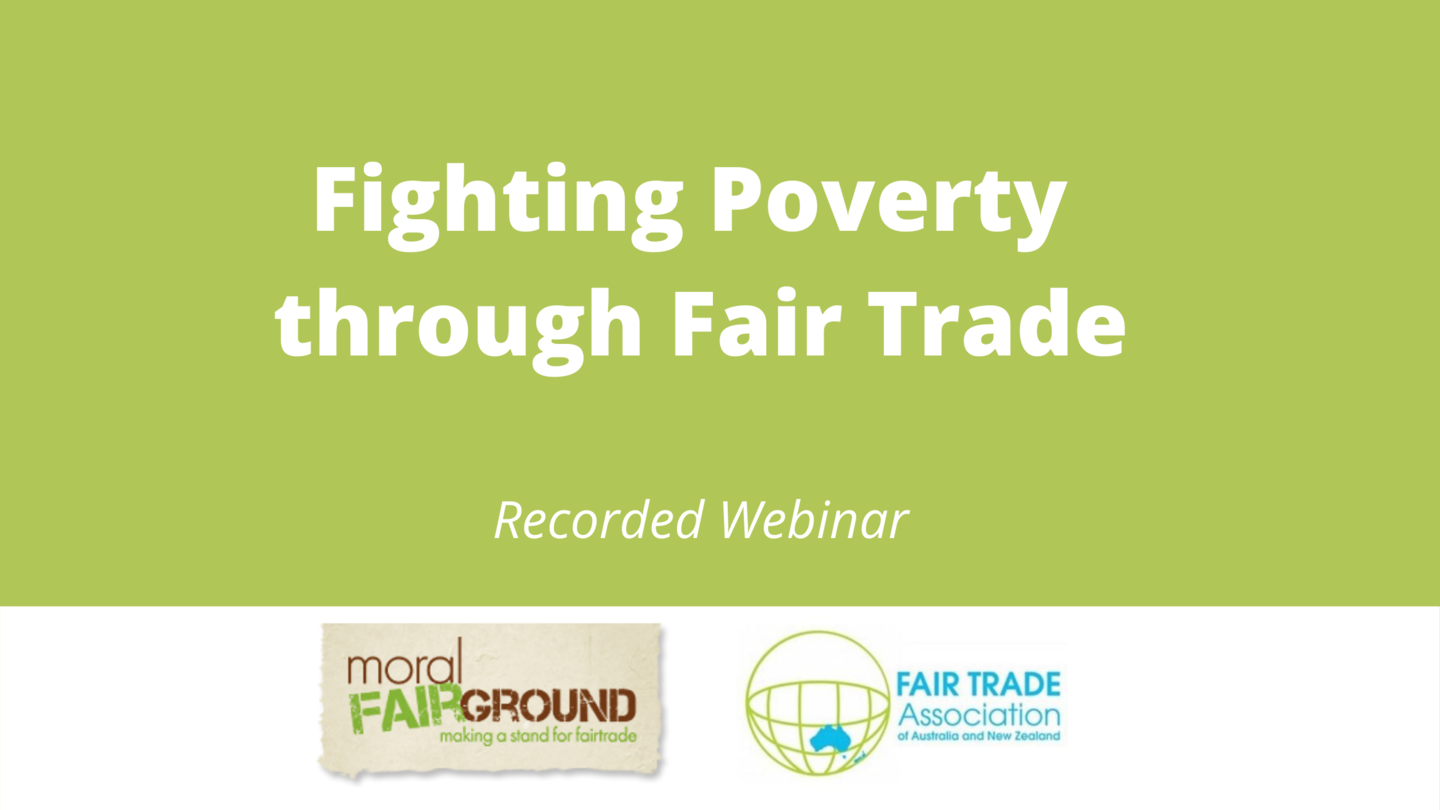 Hear how the Fair Trade movement fights poverty through trade and how you can get involved.
Nimmity Zappert, Chair of the Fair Trade Association of ANZ, will provide an overview of the Fair Trade Movement and speak with two Fair Trade businesses to share their story and how your support impacts the lives of their producers.
This webinar was part of the online  Fair@Square Festival 2020 hosted by Moral Fairground.

Rosemary Frank runs a successful fair trade enterprise called AfriBeads, supporting artisans in Uganda. She coordinates the NSW Fair Trade Network Group that provides networking events and promotes fair trade in the NSW community.
Rosemary's background in Haemotology and later teaching has helped her immensely in developing an awareness of social justice. During a trip overseas to Uganda she was introduced to the Kind Mother's Project and decided she wanted to create something that would empower African women. AfriBeads helps these women to be self-sufficient by providing a market in Australia for the products they make.

ethica supports several women’s groups to earn a fair income through their craft, by providing regular skills development and livelihoods

Women in Peru, particularly those in remote and rural communities, continue to be disadvantaged in gaining access to education and employment. Through our training, the women learn values such as solidarity, respect, trust as well as understanding and achieving their rights, and developing a strong work ethic.

Nimmity is Chair of the Executive Committee for the Fair Trade Association of ANZ and is passionate about the Fair Trade movement and social enterprise. Nimmity has worked across international markets for 20+ years in countries such as Africa, Middle East, Europe including Russia and Eastern Europe, Scandinavia, Asia and the Americas. When travelling Nimmity wanted to do more to improve the lives of the so many people she saw in her travels that were living in very poor conditions and difficult circumstances. On return to Australia in 2008 after living overseas, Nimmity became involved in the Fair Trade movement. Nimmity feels strongly that business should be supportive and positive for the people involved and that Fair Trade practices are a great way to ensure that happens.